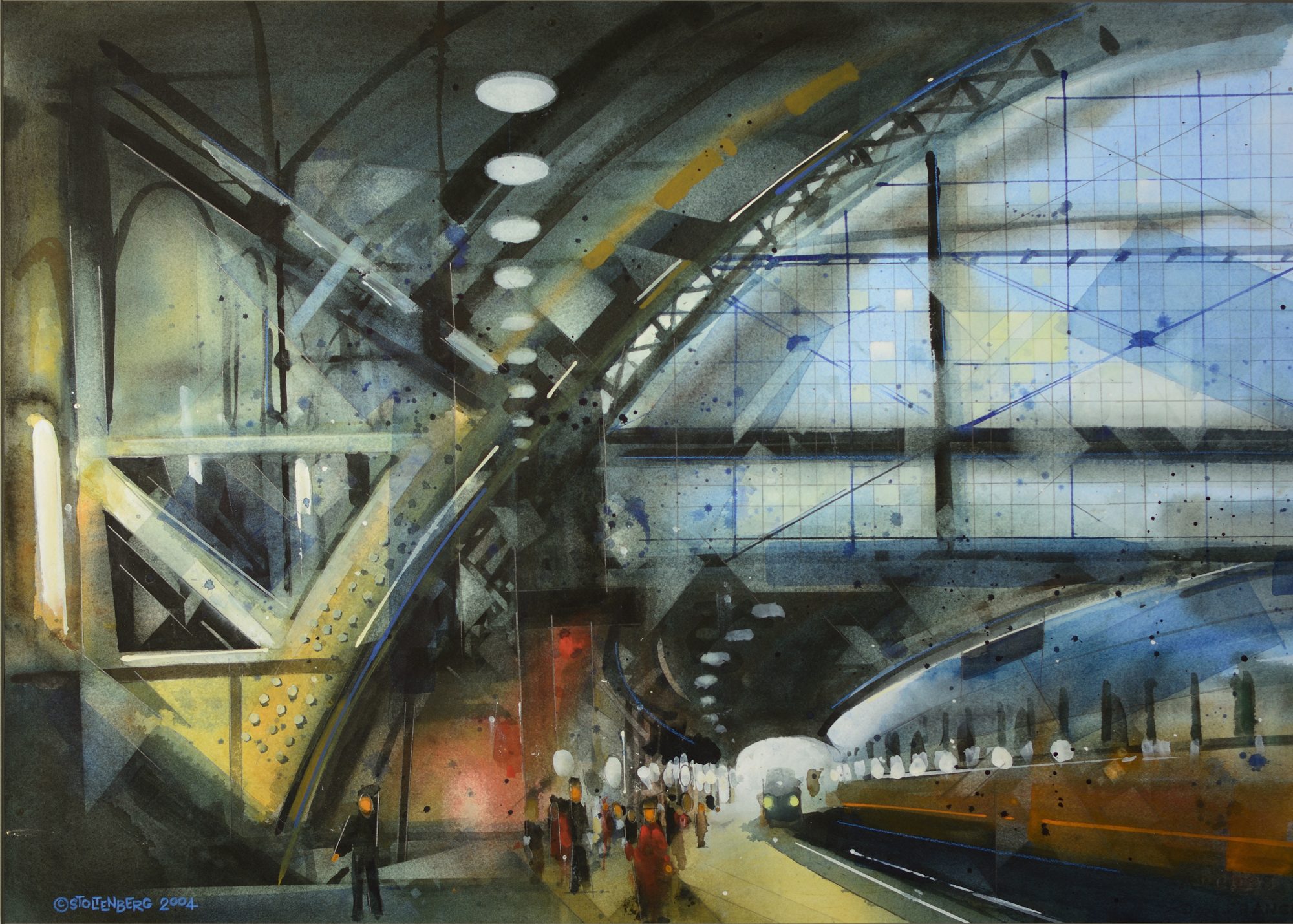 The world of Donald Stoltenberg (1927-2016) is not the natural one, but the manmade structures that occupy so much of the space on our planet. His art celebrates those engineering feats of
ships, bridges, railroads, and the architectural beauties of houses and buildings, quite a few on Cape Cod, where he lived for more than fifty years. Influenced by Paul Cezanne and his Bauhaus education in Chicago, Stoltenberg emphasized the geometric and abstract foundations of manmade structures. He beautifully painted the facets of light that stream through architectural forms. The sharp angles and prismatic transparencies that illuminate his art produce dramatic effects and a sense of movement.

For more information and an online catalog: https://www.ccmoa.org/stoltenberg