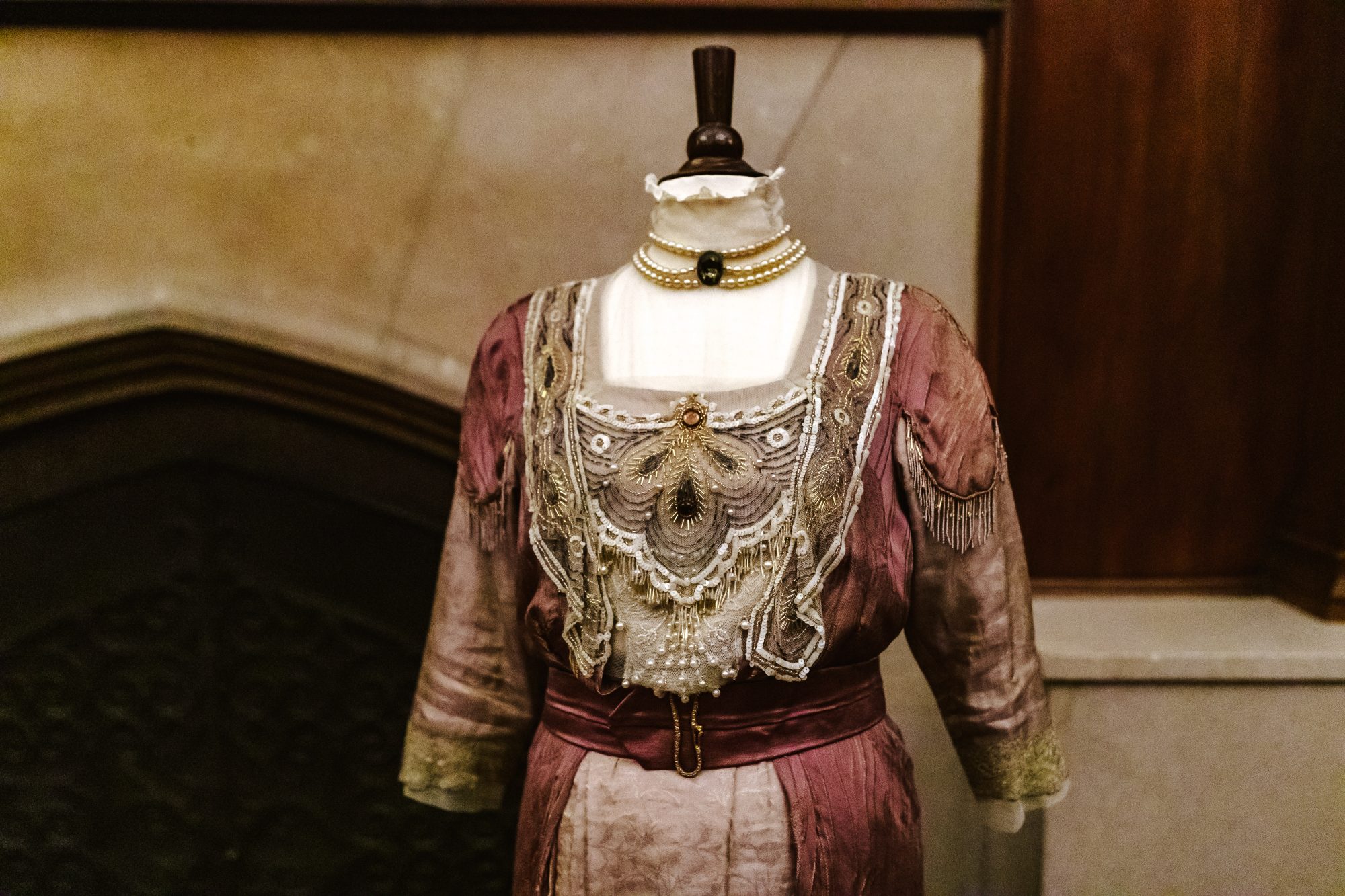 Experience original costumes worn by the stars of Downton AbbeyTM that depict fashions of the British aristocracy in the early 20th century. The exhibition showcases the turbulence and changes in the late Edwardian era through the 1920s through the fashions of the period while evoking fans’ favorite moments.

The exhibition’s award-winning costumes created for the British hit drama were produced by the London costume house of Cosprop Ltd. The costumes were created for the show’s aristocratic Crawley family and their servants who inhabit the fictional English country estate of Downton Abbey. The costumes range from country tweeds and riding outfits; servants’ uniforms and footmen’s livery; to lavish evening attire crafted from sumptuous fabrics and decorated with intricate embroidery, lace, and beading.