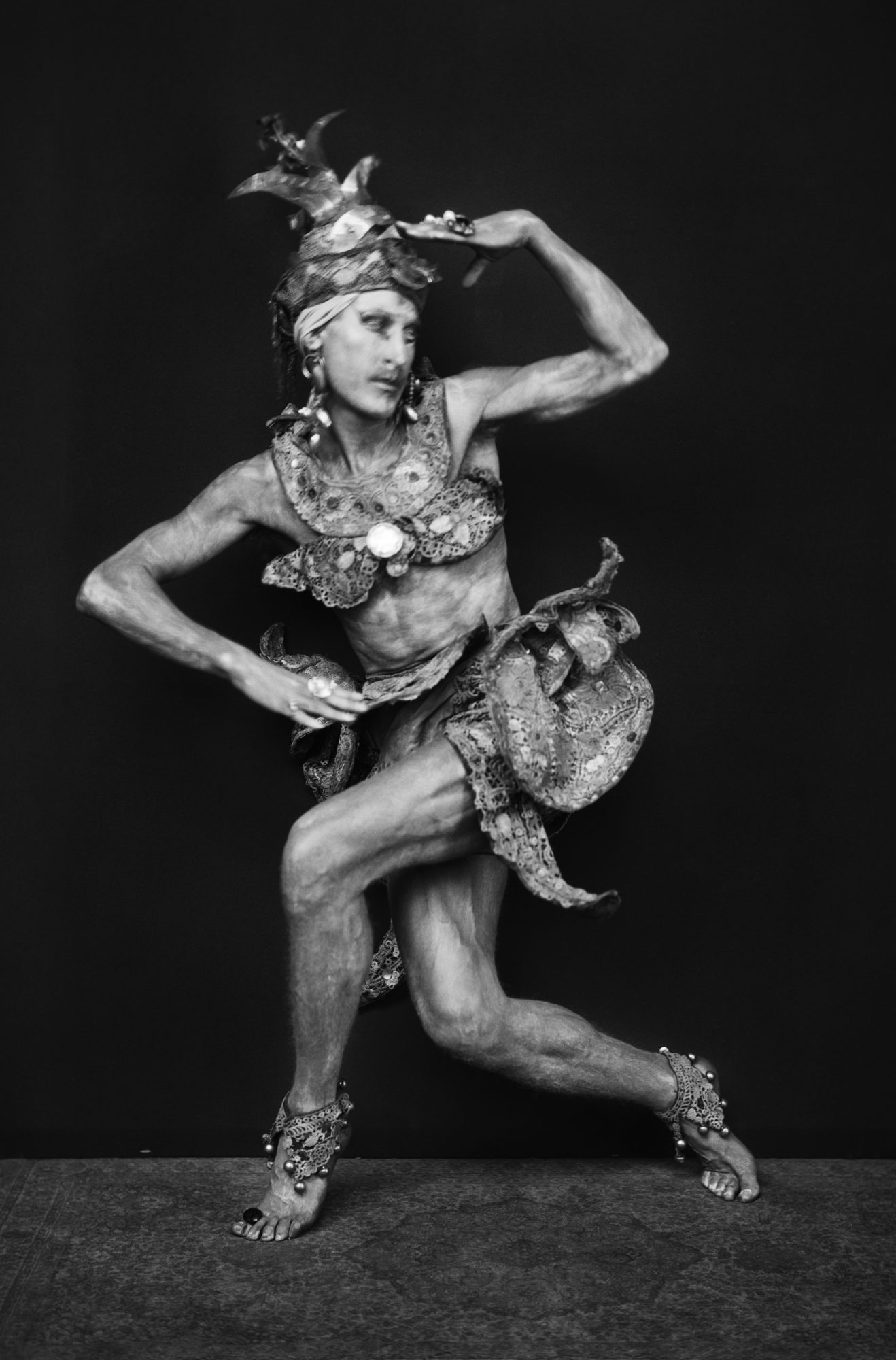 85 platinum prints, both studio portraits and ballet sequences, chronicle not only the leading stars of the Ballets Russes such as Vaslav Nijinsky, Adolph Bolm, Michel and Vera Fokine, and Tamara Karsavina, but also celebrities whose connection with Diaghilev was tangential–such as Mathilde Kschessinska, Anna Pavlova, and Hubert Stowitts.