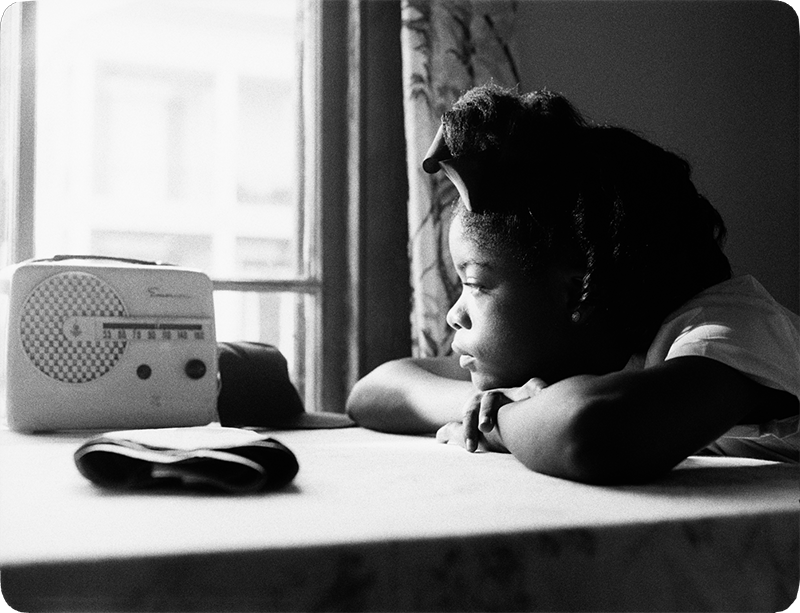 Contemporary Arts Museum Houston (CAMH) is pleased to present “Garrett Bradley: American Rhapsody,” the first solo museum presentation of the work of New Orleans-based artist and filmmaker Garrett Bradley (b. 1986, New York, New York). Bradley works across narrative, documentary, and experimental modes of filmmaking to address themes such as race, class, familial relationships, social justice, southern culture, and the history of film in the United States. Her collaborative and research-based approach to filmmaking is often inspired by the real-life stories of her subjects.

In “America,” a multi-channel video installation, Bradley constructs a visual archive of early African American cinema. Inspired by a 2013 survey published by the Library of Congress proposing that 70 percent of silent films made between 1912 and 1929 have been lost, as well as the discovery and restoration of what is believed to be the earliest surviving film to feature a black cast (Lime Kiln Club Field Day, 1913), America takes shape as a series of vignettes depicting the everyday, at times, quotidian lives of early-20th century African Americans.