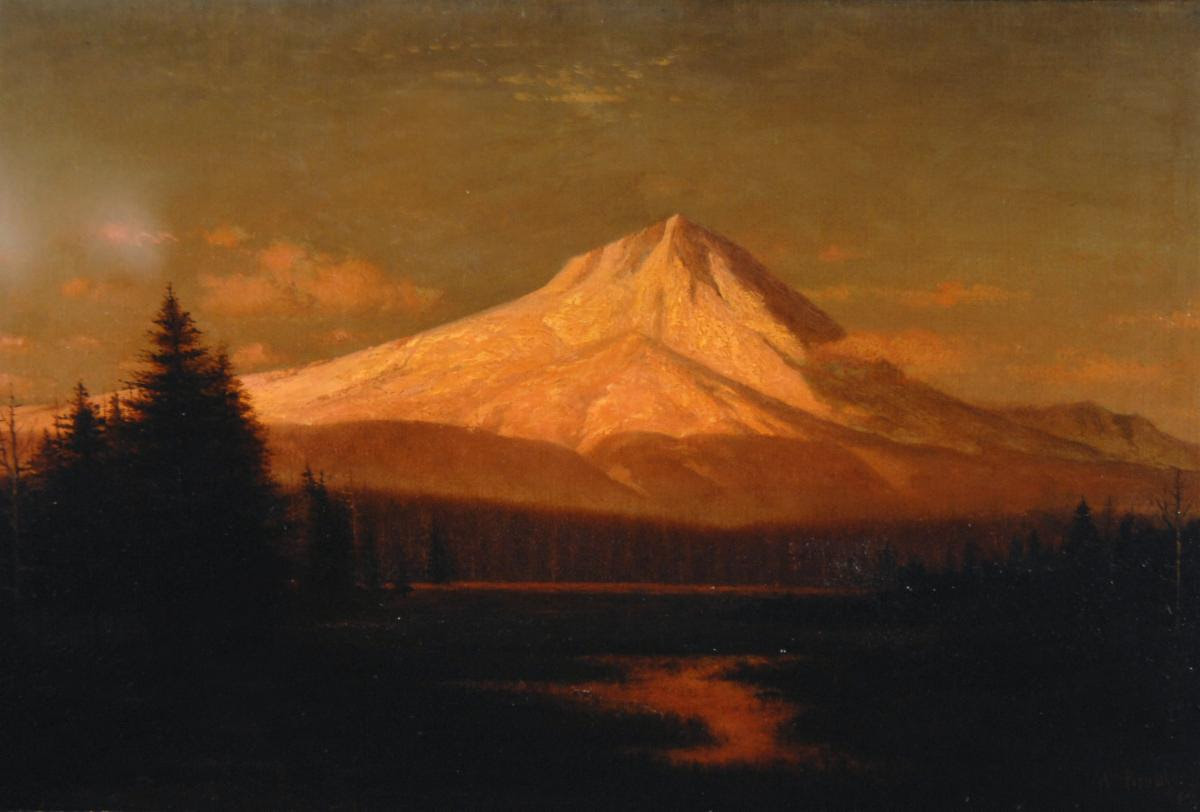 By NARMDirectorAugust 21, 2020No Comments
Pastoral Light: 19th Century Landscapes from the New Bedford Free Public Library’s Collection
On view through December 31, 2020
New Bedford Art Museum/ArtWorks!
New Bedford, Massachusetts
newbedfordart.org
In the 19th century, landscapes had become increasingly popular subjects for American artists, as the first industrial revolution meant more families living in urban centers looking for vicarious experiences in their art. This interest gave rise to “artist adventurers” like William Bradford, and allowed for the development of new movements in American art, like the Hudson River School painters.
Artists who created landscapes that sought to evoke feelings of awe, fear, or exaltation were said to be depicting the Sublime. These artists often enhanced the grandeur of their landscapes with dramatic contrast in lighting and exaggeration of certain natural features, like the height of a cliff, in order to recreate the feeling of that scene inside the safety of their studio. The subject of these paintings was then not just the landscape itself, but also the feeling it conjured. Read more here: https://newbedfordart.org/library-partnership/
Image: Bradford, William. Mount Hood. NBFPL, 1961.