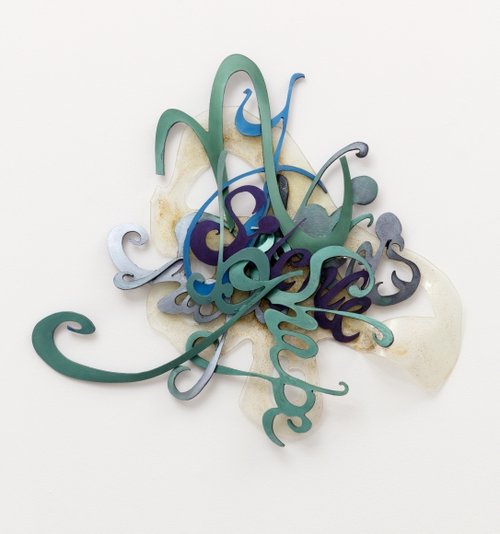 For more than a decade, language has been the focus of Simeen Farhat’s sculpture. Her inspiration first began with the prophetic words of poets of various Arabic languages. Later, she adopted the alphabet of Germanic and Romance languages, including English. As the subject matter moved from profound to text message jargon, the artist continued to stylize the elegant fonts in her sculptures to the point that they are no longer legible, suggesting the complex contradictions found in everyday life.