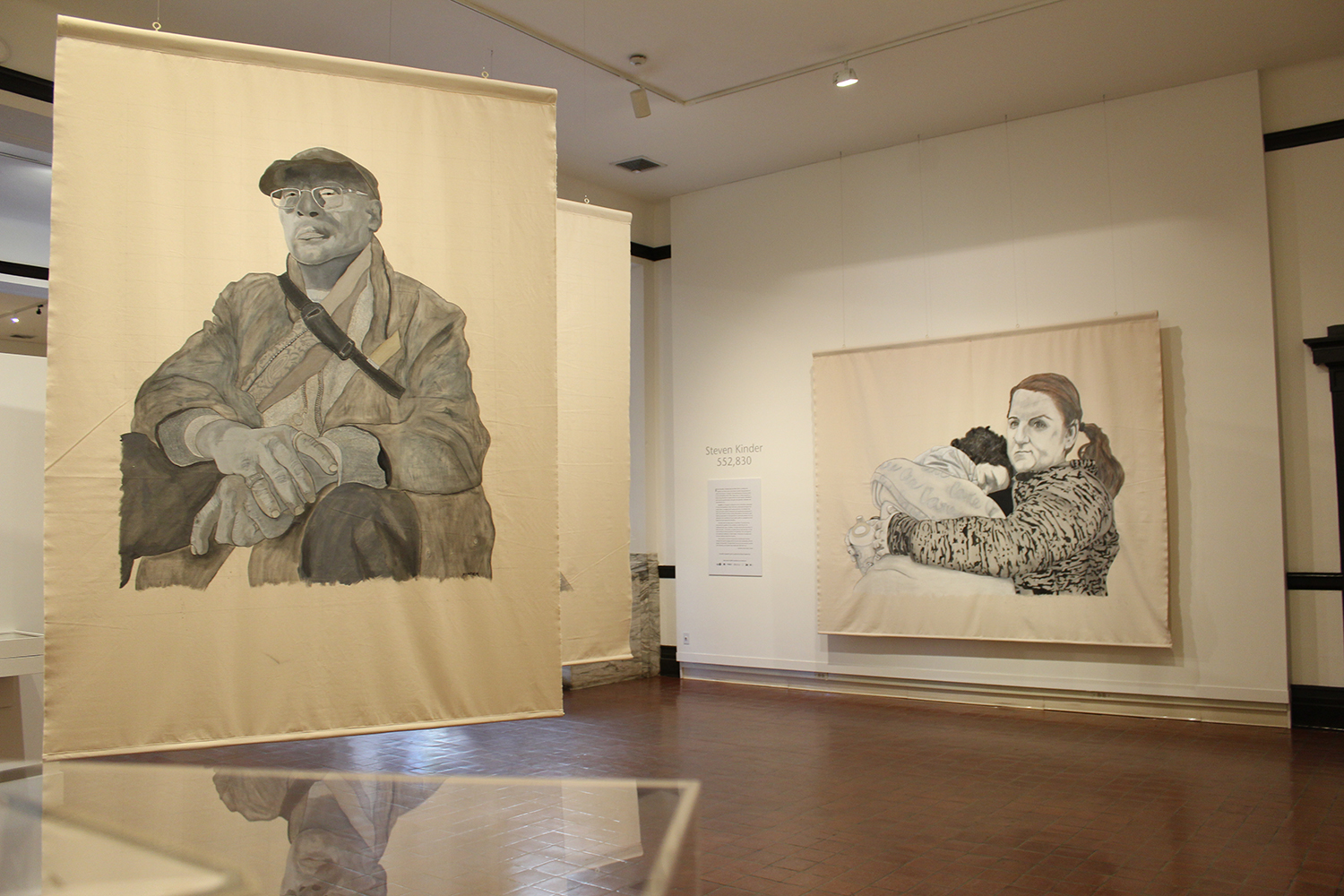 By NARMDirectorAugust 27, 2020No Comments
Steven Kinder: 552,830
Virtual Tour: Thursday, August 27, at 7:30 PM
Brattleboro Museum & Art Center
https://www.brattleboromuseum.org/2020/06/23/15088/
Taking its name from the number of people who were unsheltered in America in 2018, “Steven Kinder: 552,830” features portraits of people experiencing homelessness. Kinder’s large-scale monochromatic canvases are suspended, unframed, from the gallery ceiling. Stowe described the exhibit as an “important contribution” to the national conversation about homelessness, “particularly in a town like Brattleboro, Vermont, which, like many communities throughout the United States, is struggling with issues around housing insecurity.”
“Kinder has been meeting and working with people on the street for years, asking permission to take their photographs and offering compensation for the opportunity to paint their portraits,” Stowe said. “He is not speaking for the unsheltered. He simply wants to offer us a perspective on and a reflection of the person who has captured his attention. And after that? He simply asks us to see them.”
Image: Installation view of the exhibit “Steven Kinder: 552,830” Credit: Erin Jenkins