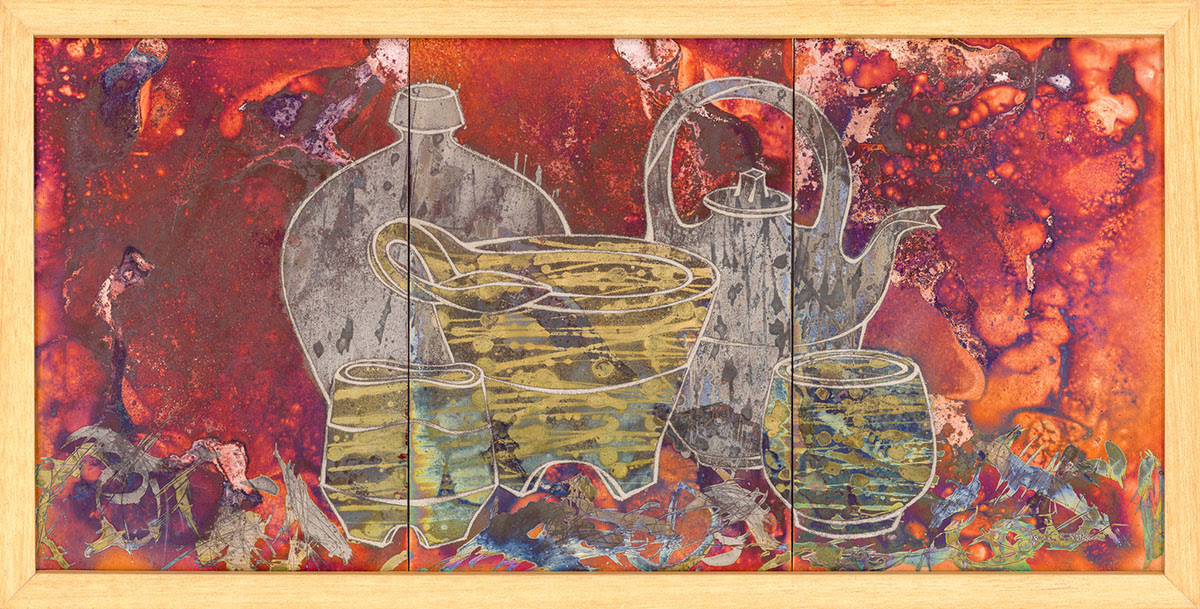 James C. Watkins has built an extraordinary career as a ceramicist and an educator. He received his MFA from Indiana University and a BFA from the Kansas City Art Institute. His work has been featured in 40 solo exhibitions and164 group exhibitions around the world, and he has pieces in 23 permanent collections.

With over 40years of experience working with clay, Watkins masterfully constructs double-walled vessels, whose forms and surfaces are inspired by his memories of growing up in the South, encounters with nature, and his experience working in Asia. Building upon a history of tradition, he skillfully manipulates his clay surfaces using alternative firing techniques, creating lustrous and colorful surfaces enhanced by the atmosphere of the kiln. For some pieces, he collects dirt from the dust storms around his studio in order to create orange-to-black surfaces. As seen in his Double-Walled Basket (2018),Watkins also wields an iridescent rainbow of color through a fuming technique that he employs as the kiln cools down from a high firing.