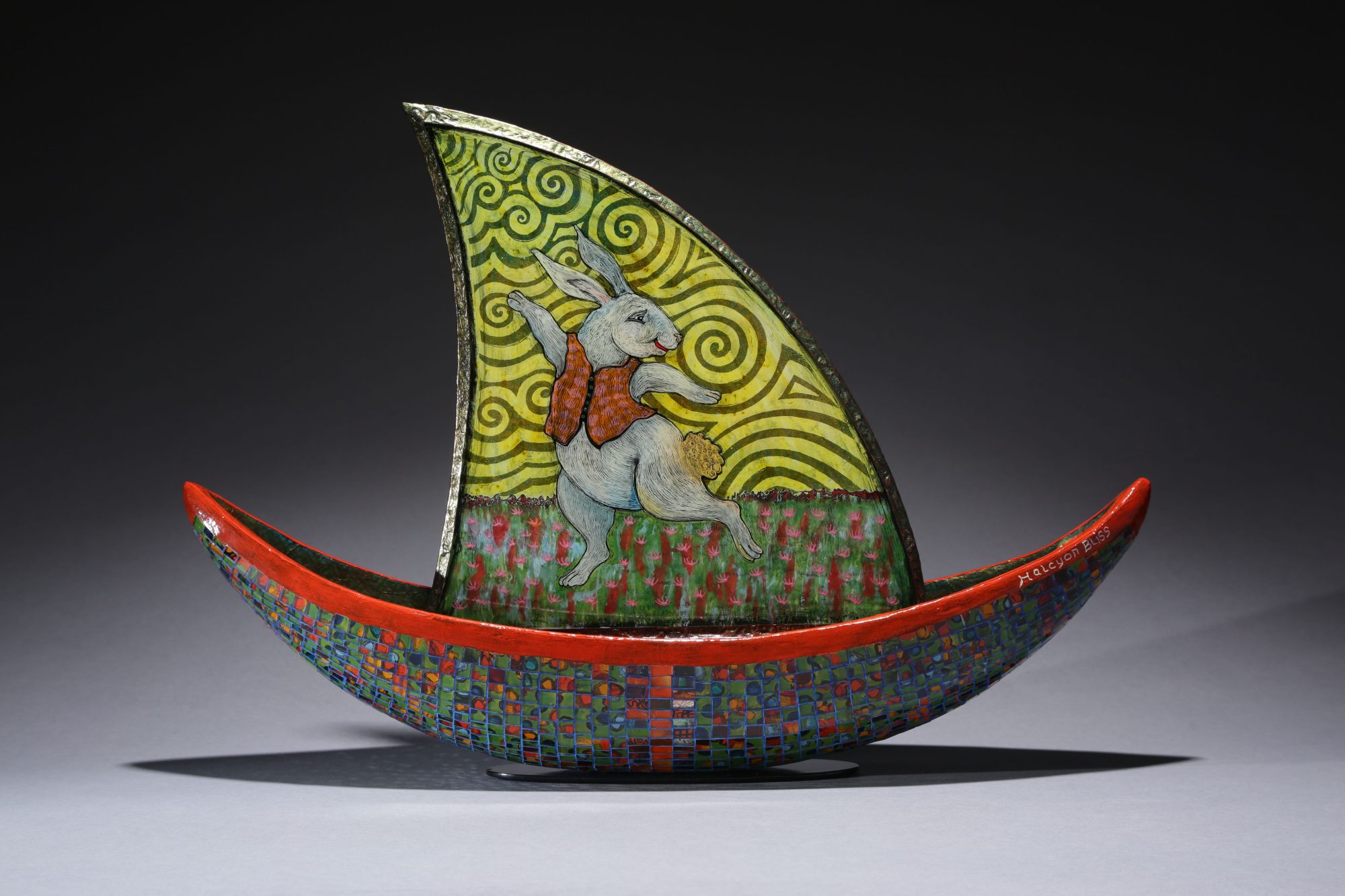 “Transformations in Glass: Vitreous Funk, Fantasy, and Light” presents the work of Kéké Cribbs, Richard Marquis, and David Svenson, recognized glass artists who were influenced by the Claremont art community during a pivotal time in their artistic development.

All three artists were influenced by Richard Petterson, a pioneer in the ceramic and glass movement who was a ceramic professor at Scripps College, and director of the Fine Arts Building at the Los Angeles County Fair for over 30 years. In the early 1990s David Svenson met Kéké Cribbs and Richard Marquis at the Pilchuck Glass School. When he learned how they were all influenced by the Claremont art community in the 1960s, the idea for the exhibition was born. Each artist has followed their own unique path, but they share a passionate obsession with glass techniques.

This exhibit solidifies a complete circle in these artists’ careers, with David and Kéké honoring Richard Marquis for the knowledge and inspiration that he has given them. Seattle art critic Regina Hackett once wrote and was quoted at the Corning Museum of Glass that, “If Dale Chihuly is the tide that raised all boats, Richard Marquis is the craft intelligence that makes them seaworthy.”