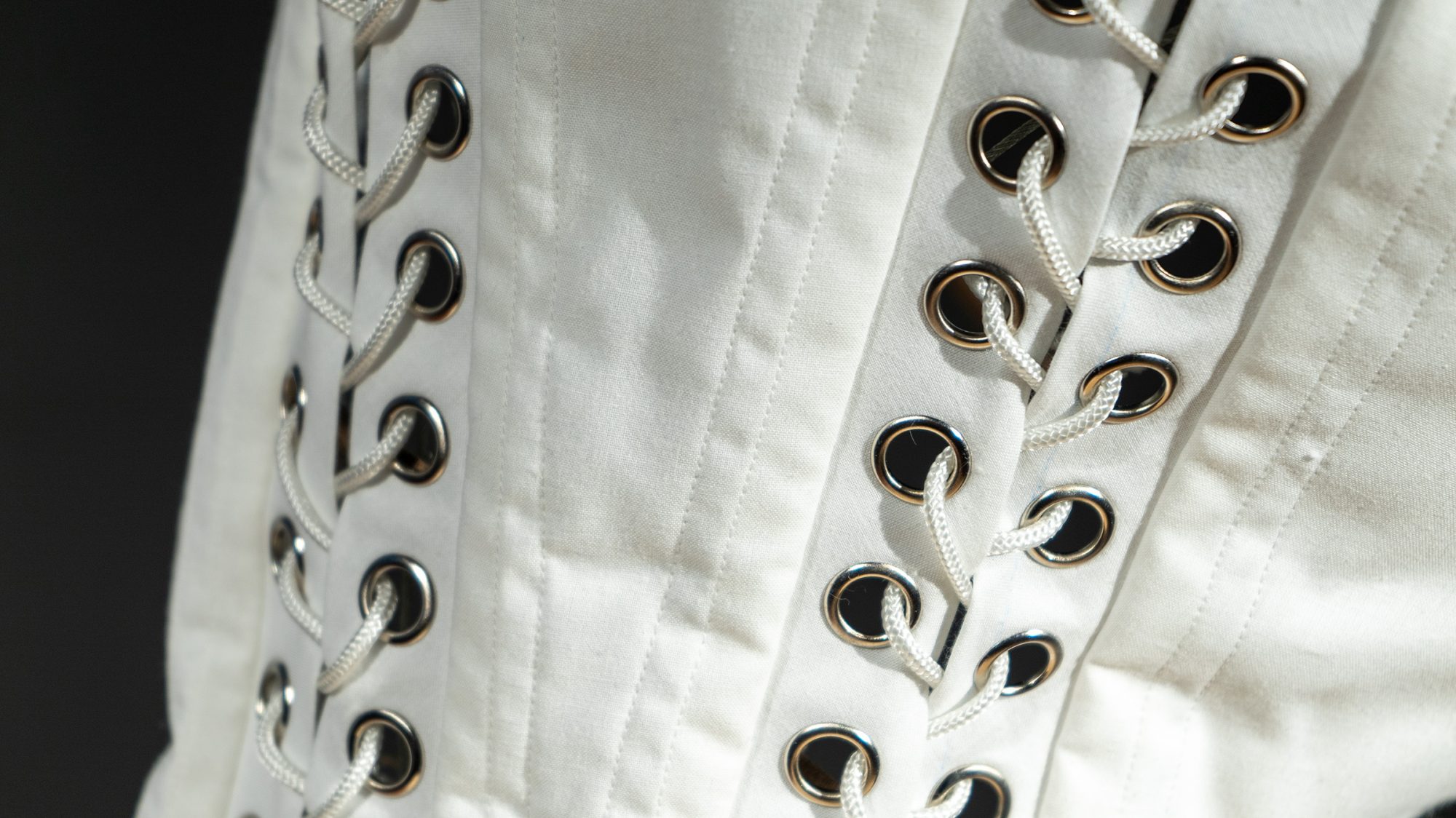 “Annica Cuppetelli: Tight/Laced,” is a large-scale architectural installation by Detroit-based artist and fashion designer Annica Cuppetelli, who uses clothing materials and techniques to explore the constraints and restrictions society has placed on women’s bodies throughout history.

Through wood framing, fabric, lacing, and grommets, Tight/Laced features two large architectural forms that directly reference the corset, a fashion device made to squeeze and reshape the female body to force it to conform to the tastes and ideals of the day. Through her work, Cuppetelli reveals the ongoing struggle women face for bodily autonomy.

“For hundreds of years, a woman’s body has been a battlefield where cultural, scientific, and political forces have competed for dominance over the interests of the owners of said bodies. A woman’s body is consistently a site of constriction and restriction, to wit, a corset squeezes the body to permanently change its shape, while laws limit what women can do with their own bodies. There is an inherent tension in being the owner of a woman’s body and that is the tension that I try to communicate with my work.” states Cuppetelli.