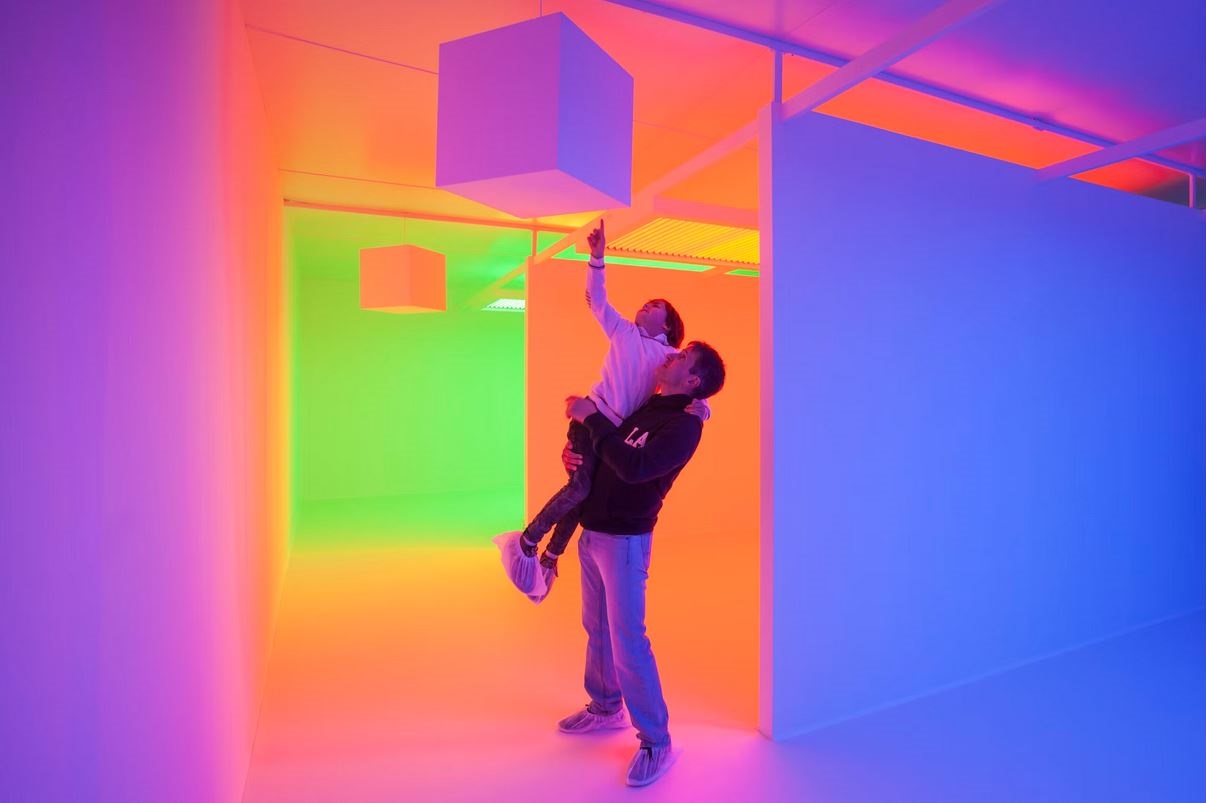 Carlos Cruz-Diez (b. 1923, Caracas; d. 2019, Paris) is a major protagonist in the story of late 20th-century art. His investigations into the ever-changing and ephemeral nature of color established him as one of the key pioneers of Kinetic and Optical art. Through his experimental use of light, movement, space, and viewer interactivity, Cruz-Diez encouraged “an awareness of the instability of reality” while proposing a new definition of art as a field of active participation.

Acquired for PAMM’s collection in 2020 with funds provided by Jorge M. Pérez, Chromosaturation is an immersive environment that reimagines color as an embodied experience. Initially conceived in 1965, the installation consists of three connected chambers infused with intensely saturated red, green, and blue light. Upon entering this space, visitors are transported by a chromatic experience that shifts as one moves from one space to the next. The experience scrambles the retina, which is normally accustomed to perceiving a wide range of colors simultaneously. Eliciting both a strong sensorial and emotional response in viewers, the installation transitions from a visual experience into a bodily one, underscoring the notion of color as a material, physical phenomenon that unfolds continuously in time and space.