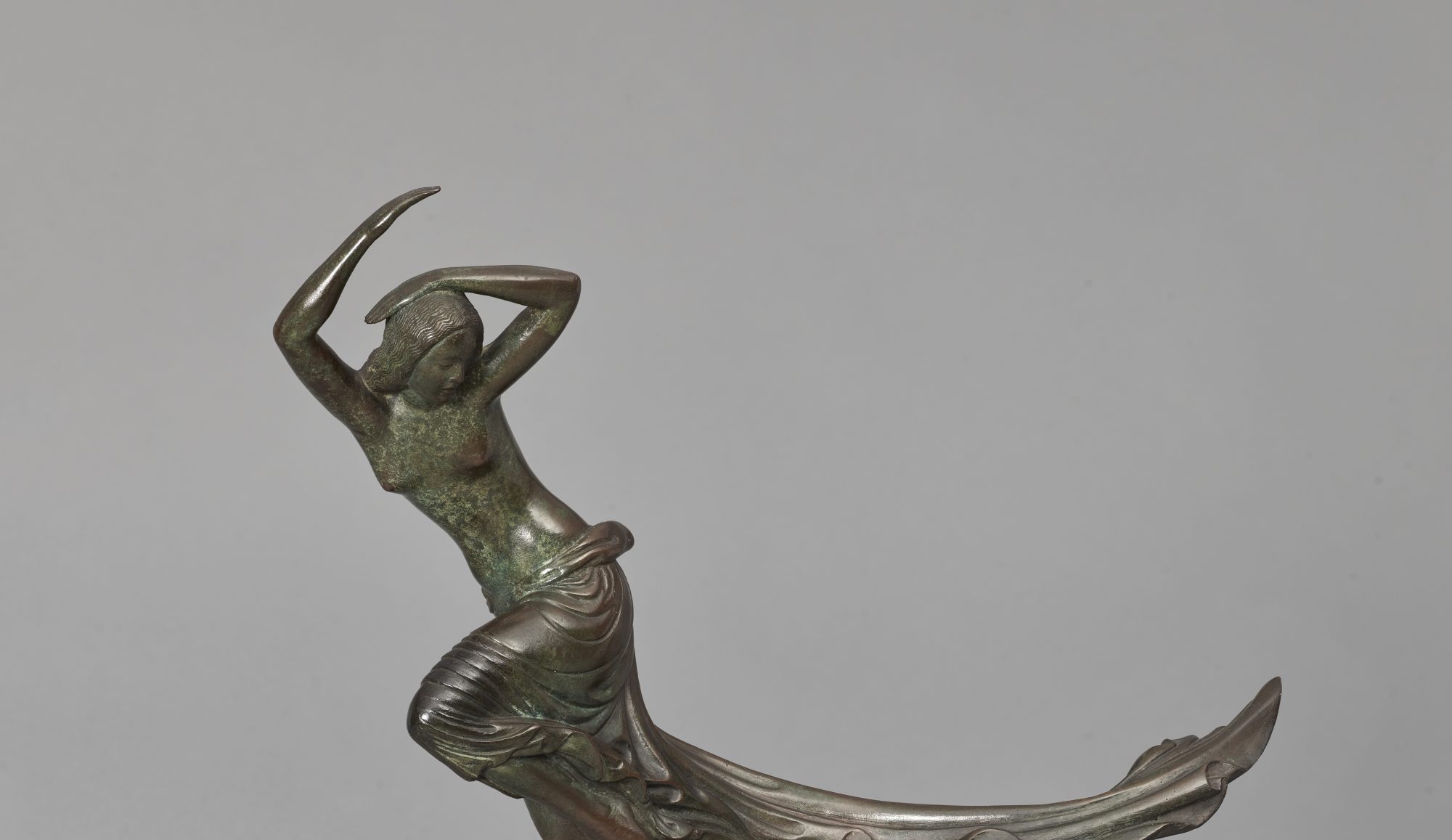 By NARMDirectorFebruary 12, 2021No Comments
Paul Manship: Ancient Made Modern
On view through July 3, 2021
Wadsworth Atheneum Museum of Art
Hartford, CT

Paul Manship’s sculpture visually defines a melding of ancient and modern sensibilities. One of America’s most celebrated sculptors of the early twentieth century, he is known for major public commissions such as Prometheus at Rockefeller Center in Manhattan and the Rainey Memorial Gates at the Bronx Zoo. Manship spent his student years at the American Academy in Rome. His time there was the foundational chapter in a long career, when his ideas and working methods were deeply influenced by the ancient works he studied. While abroad, Manship developed a repertoire of designs that he incorporated into his streamlined Art Deco style. Upon his return to New York City, his dramatic, energetic bronze sculptures reinterpreted the past for the modern age, attracting critical acclaim and establishing a new direction for American sculpture. Together with his signature bronzes, associated sketches and ancient artifacts illuminate how Manship became a master of his craft.

Major support provided by the David T. Langrock Foundation and the Terra Foundation for American Art.