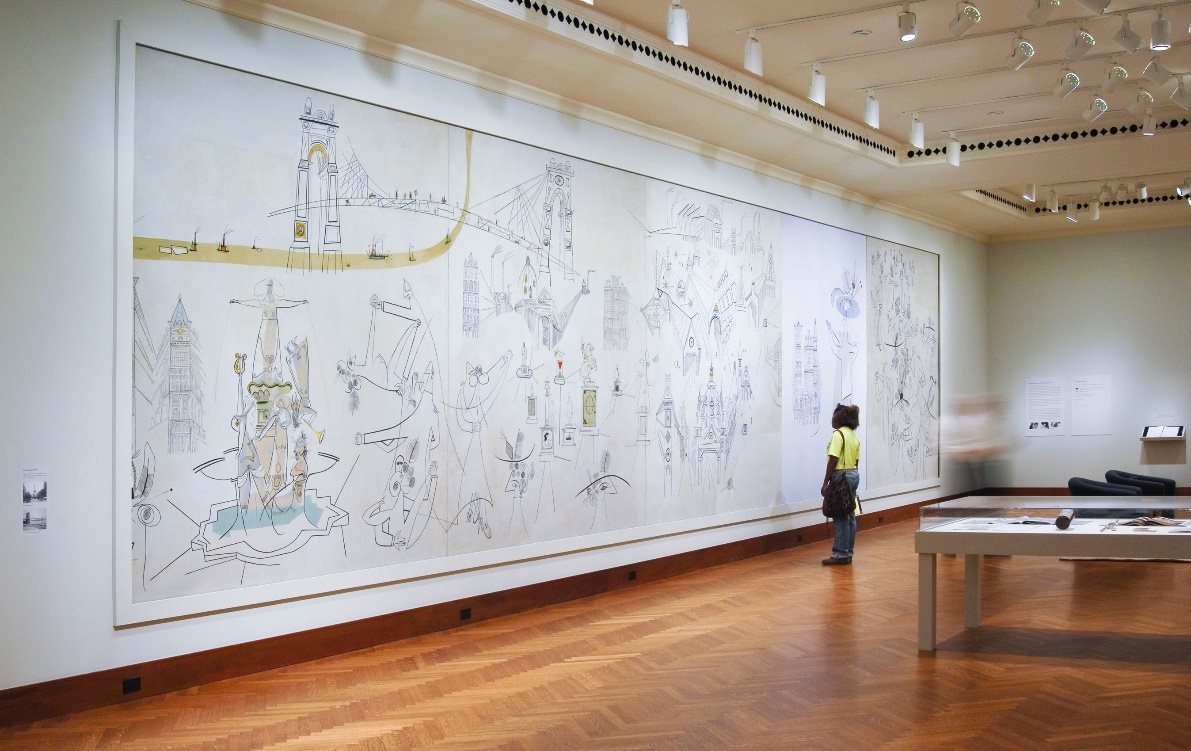 Sponsored by the Cincinnati Art Museum’s Founders Society in honor of its 30th anniversary, the mural will be on display long-term for the first time since 1982.

Steinberg’s Mural of Cincinnati has a one-of-a-kind history. It adorned the wall of the Terrace Plaza Hotel’s Skyline Restaurant, an icon of modernism, starting in the late 1940s. Cincinnati businessman John J. Emery, Jr. commissioned a mural for the hotel’s Gourmet Room from Joan Miró and a mobile for the lobby from Alexander Calder. Steinberg’s mural was the third commission.

Steinberg, a Romanian émigré artist known principally for his witty drawings for “The New Yorker,” was also expanding his reputation through the exhibition of his work at art galleries and museums. This validation by the art world, combined with his success as a commercial artist, led to commissions for murals. The Cincinnati mural, his second, created a delightful atmosphere in its chic setting by including city landmarks—Tyler Davidson Fountain, the Roebling Suspension Bridge and the Mount Adams incline—amid imaginary architecture and whimsical vignettes of urban entertainment.