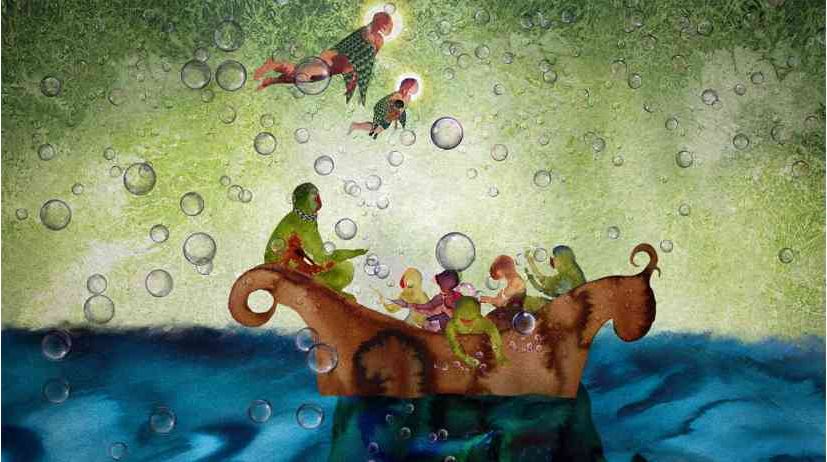 By NARMDirector November 8, 2019 No Comments

Shiva Ahmadi (b. 1975, Tehran, Iran) references the miniature painting and iconography of various religious traditions and contemporary cultural events to reflect on universal human conditions. Her video Ascend (2017) poetically reflects on the global refugee crisis, while Lotus (2014) features imagery from a watercolor by the artist and two Buddha sculptures from the Asia Society Museum, New York. The videos will be presented in succession; Ascend is on view until April 6, 2020, and Lotus begins April 8, 2020.

In dialogue with the Tibetan Buddhist Shrine Room at the center of the gallery, artists Shiva Ahmadi, Genesis Breyer P-Orridge, and Tsherin Sherpa each reinterpret traditional and religious iconography and practices through sculptural installation, painting, and video.