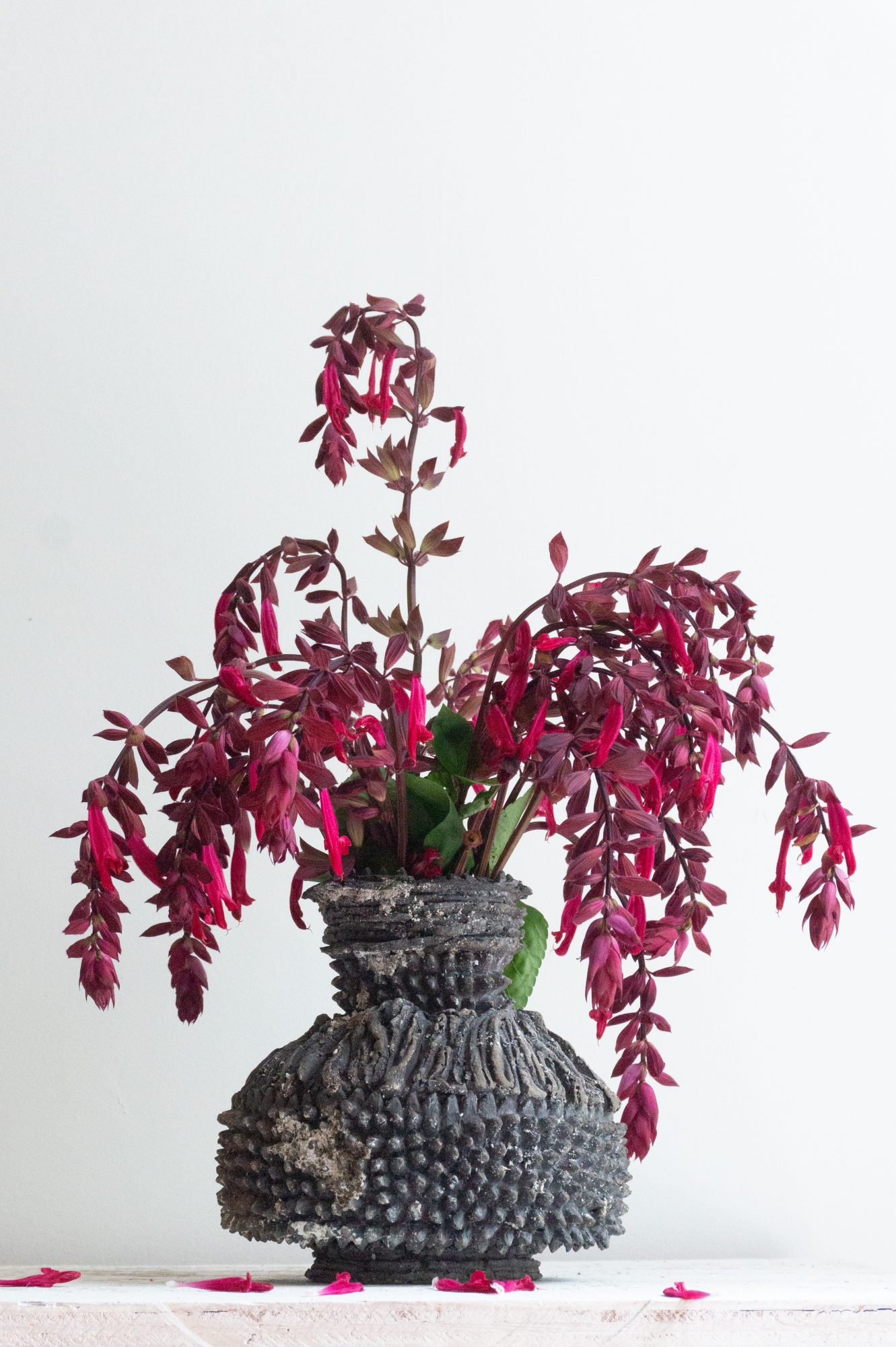 Berkshire Botanical Garden’s first art exhibition of 2023 will feature works by the ceramic artist Karlene Jean Kantner. The show, “Volumes,” will include nearly two dozen of her works.

Raised in Montana, a denizen of the outdoors, Kantner began her artistic undertakings as a child making fresh batches of hand-pressed, sunbaked “mud cookies” that looked good enough to eat. After earning her Bachelor of Fine Arts at the University of Montana and teaching art to children for several years, she came East with her partner, Chris Powell, a West Stockbridge native.

Once settled in the Berkshires, among her first acts was digging out a pit fire oven — that is to say, an open-air fire pit about a foot-and-a-half deep by four-feet wide in which she bakes much of her artwork, turning clay to ceramic. Her pit-firing is limited to Massachusetts’ open-air brush-burning season (from Jan. 15 and May 1). The rest of the season, Kantner uses an electric kiln.

Last October, Kantner was wandering Berkshire Botanical Garden doing the very thing she has done since she was a child: She was at purposeful play in the natural world. With the help of the Garden’s Director of Horticulture Eric Ruquist, she was collecting end-of-season stalks, seed pods, grasses, and amaranth, all to be incorporated into “Volumes.”

See a video of her at work here: https://www.berkshirebotanical.org/volumes–karlene-jean-kantner